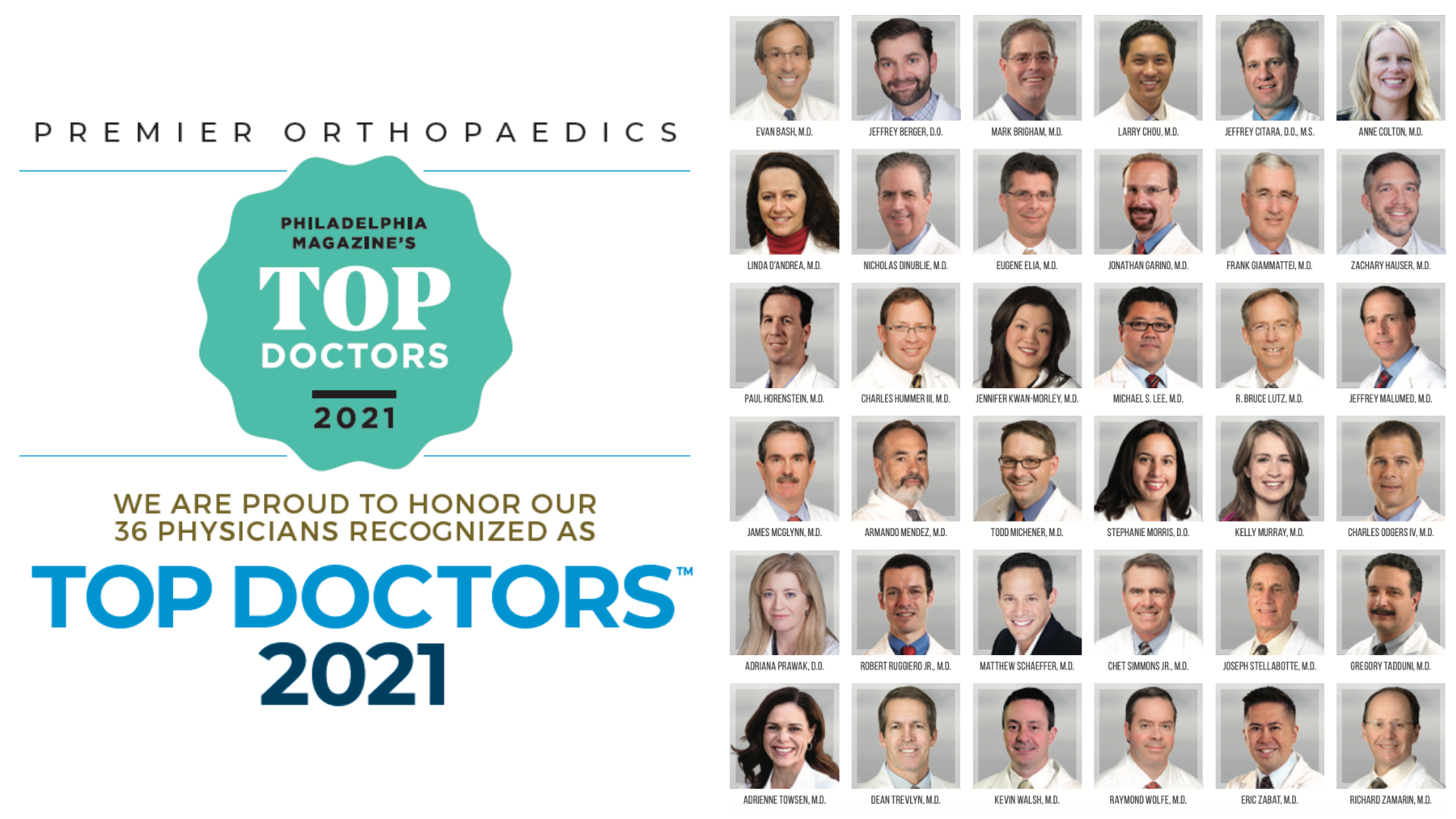 Each year, Philadelphia magazine publishes a definitive list of physicians voted best in the Philly region by their peers. And each year, Premier Orthopaedics commands a dominant presence. 2021 is no different, with 36 Premier physicians earning the well-deserved title of Top Doctor™.

To create this exhaustive list of best doctors, the magazine follows a rigorous process administered through healthcare researcher Castle Connolly Medical, Ltd. Physicians are permitted to cast their votes at any point during the year via a secure online portal.

“We are grateful to the physicians who nominated Premier doctors as tops in their field,” says Jeffrey Malumed, M.D., president of Premier Orthopaedics. “The Philadelphia region encompasses a vast area with many talented physicians, so we are thrilled – but not surprised – to be represented among them.”

The full listing of Top Doctors is available on the magazine’s website, via the Find It/Philly tool, but here is the breakdown of the Premier docs who were voted best in the Orthopedics and Rheumatology categories: